The NetBSD Packages Collection celebrated its fifth birthday in October 2002, and it now contains over 3000 packages! We are all grateful to everyone who has helped make this possible.

If your web browser cannot display PNG images, you may want to view the JPEG version of this page.

Growth of the NetBSD Packages collection 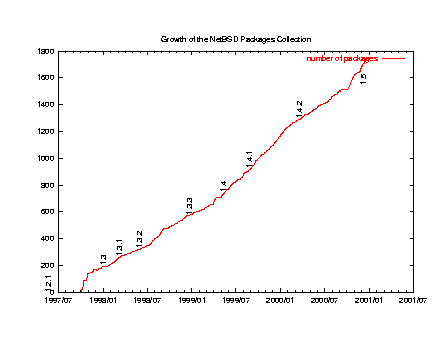 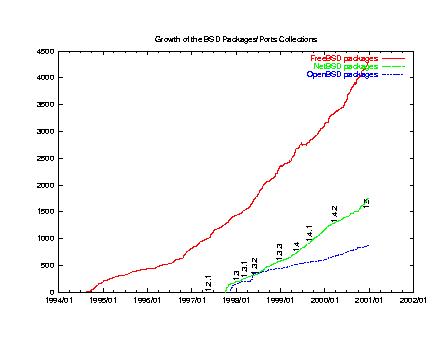 Note: In the first version of this graphs, the OpenBSD graph was only estimated, as the RCS files of the OpenBSD repository were not publicly available and inquiries to the OpenBSD project were not answered at the time the graphs were generated. In this version, the data for OpenBSD as well as NetBSD and FreeBSD were pulled out of the RCS files, as their repositories are fully available now (many thanks to those providing that service).

Back to  NetBSD Documentation: Software